Professor Robert Breunig is one of Australia’s leading Public Policy Economists. His research is motivated by important social policy issues and debates, and his work is characterized by careful empirical study and appropriate use of statistical technique.

Chair of the Tax and Transfer Policy Institute, Advisory Committee

Dr John Hewson is an economic and financial expert with experience in academia, business, government, media and the financial system. He has worked as an economist for the Australian Treasury, the Reserve Bank, the International Monetary Fund and as an advisor to two successive Federal Treasurers and the Prime Minister. Dr Hewson was the former leader of the federal opposition in Australia during 1990-1994.

Professor in the Practice of Public Policy and Anti Trust

Rod has extensive public policy and private sector experience. Early in his career he worked in many developing countries all over the world advising on economic policy and contract negotiation and taxation of resource projects. He has worked in the Australian Public Service including as Deputy Secretary in the Departments of Prime Minister and Cabinet and also Transport and Communications. From 1988-1990 Rod was the Principal Economic Advisor to Prime Minister Bob Hawke. Rod also spent over 15 years advising companies on all aspects of commercial corporate strategy. He has served on many company boards including in Singapore and London. Rod was on the National Competition Council, was Chair of the NSW Independent Pricing and Regulatory Tribunal, and has just completed nearly 11 years as Chair of the Australian Competition and Consumer Commission (ACCC).

Rod has written extensively on general economic issues, including on competition, infrastructure, energy and environment issues. He has also recently written numerous articles and given many speeches on competition and consumer policy and law. His current research interests are in international anti-trust, the digital economy, market structure and competition, the role of government, media and journalism, and governance and policy formulation.

Mathias Sinning is an Associate Professor of Economics at the ANU Crawford School of Public Policy and Deputy Director of TTPI. He is interested in the empirical analysis of issues related to labor economics, public economics and policy evaluation, with a focus on the study of heterogenous treatment effects. He has published extensively on the topics of tax compliance, economic inequality, international migration, education and health. Mathias has previously held academic appointments at the ANU and the University of Queensland, and has been a Visiting Fellow at Princeton University and Peking University. 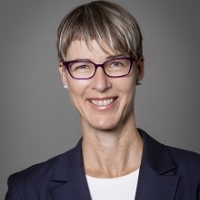 Miranda Stewart researches tax law and policy, including taxation of business entities in the context of globalisation; not-for-profits; tax and development; budget laws and institutions; and legitimacy of tax reform processes and institutions nationally and internationally. 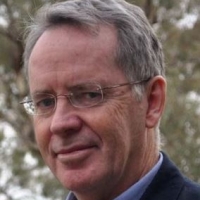 Peter is the Director of the Social Policy Institute, at Crawford School of Public Policy. He has published extensively on various aspects of the Australian and New Zealand systems of income support. In July 2008, he was appointed by the Australian government to the Reference Group for the Harmer Review of the Australian pension system.

Nathan Deutscher joined the Tax and Transfer Policy Institute as a Research Fellow in late 2019. He is also currently Director of the Household Microdata Unit in the Australian Government Department of the Treasury. Nathan’s research interests centre on empirical topics in labour and public economics, making use of new and emerging Australian data sources. His research on intergenerational income mobility has been published in leading international journals.

Kristen Sobeck is a Research Fellow at the Tax and Transfer Policy Institute. Kristen studied economics and French at Smith College and has a Master’s degree in Economics from the University of Geneva. Prior to joining TTPI, she worked as an economist at the International Labour Organization (ILO) from its headquarters in Geneva and country office in Argentina. She was also awarded a Fulbright Fellowship in 2007.

Ralf Steinhauser is a Senior Research Fellow at the Tax and Transfer Policy Institute at the Crawford School of Public Policy and at the Policy Experiments Lab (PELab) at the Centre for Social Research and Methods in CASS. He has previously held academic appointments at the University of Hamburg and the Research School of Economics, ANU. Ralf is interested in empirical research in the areas of Behavioural Economics, Tax Policy and Environmental Economics. He has published articles in journals such as Review of Economics and Statistics, Environmental and Resource Economics and World Development. Ralf has worked with a number of government organizations in Australia, such as the Australian Treasury, the Commonwealth Grants Commission, the Civil Aviation Safety Authority and the Department of the Environment and Energy.

Peter is a Research Fellow at the Tax and Transfer Policy Institute with an interest in public finance and the economics of migration. Peter is currently visiting Columbia University as a Research Scholar.

Dr Yinjunjie Zhang is a Research Fellow at the Tax and Transfer Policy Institute. Her research interest spans the areas of labour economics, public economics and experimental economics. A common thread in her research is understanding the impact of public policy on people’s behaviour, choice, and welfare. Her publication and research projects include working on examining the intended and unintended policy effects on crime rate, labour market preference as well as economic decision makings in both the lab and field setting. Before joining ANU, she worked in the Chinese branch of a world-leading consulting firm on delivering employee health and benefits solutions. She obtained her Master degree in Shanghai Jiao Tong University in China and doctoral degree in Texas A&M University in the US.

Navjeet Kaur is an adviser in Women’s Economic Policy Branch of the Office for Women at the Department of Prime Minister and Cabinet. Since joining the Department at the beginning of 2022, Navjeet has focused on childcare policy and taxation’s impacts on women and women’s workforce participation. Prior to joining the Department, Navjeet worked as a lawyer in the Royal Commission Royal Commission into Violence, Abuse, Neglect and Exploitation of People with Disability. Navjeet holds a Bachelor of Law (Hons I) from Western Sydney University and a Bachelor of Business from the University of Technology Sydney.