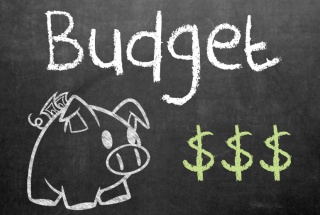 In this special post-budget public forum held on Tuesday 16 May 2017, some of the best ANU economic, policy and political brains dissect the 2017 Federal Budget. With big changes expected in tertiary education funding, housing finance, healthcare and more this panel will tackle the big issues and ask the big questions.

Vodcast of the event available at ANU TV - YouTube

Sharon Bessell is Director of Research at the Crawford School of Public Policy and Associate Professor in the Policy and Governance program. She is also director of the Children’s Policy Centre, a research unit based at the Crawford School of Public Policy. Sharon’s research interests revolve around issues of social justice and human rights, and focus on two broad areas. The first is social policy, social justice and the human rights of children, particularly children’s participation and citizenship, quality education, child labour, child protection, and support for children without parental care. Important aspects of her research are child inclusive policy and the ways in which policies respond to the issues children identify as priorities. The second area of Sharon’s work is the gendered and generational dimensions of poverty. Sharon has a keen interest in research methodology, and has published widely on undertaking research with children.

John Hewson AM is an economic and financial expert with experience in academia, business, government, media and the financial system. He has worked as an economist for the Australian Treasury, the Reserve Bank, the International Monetary Fund and as an advisor to two successive Federal Treasurers and the Prime Minister. In February 2014, Dr Hewson joined the Australian National University as Professor and Chair of the Tax and Transfer Policy Institute.

Warwick McKibbin AO has a Vice Chancellor’s Chair in Public Policy and is Director of the Centre for Applied Macroeconomic Analysis (CAMA) in the Crawford School of Public Policy at ANU. He is also an ANU Public Policy Fellow; a Fellow of the Australian Academy of Social Sciences; a Distinguished Fellow of the Asia and Pacific Policy Society; a non-resident Senior Fellow at the Brookings Institution in Washington D.C (where he is co-Director of the Climate and Energy Economics Project). He was awarded the Order of Australia in 2016 “For Distinguished Service to Education as an Economist, Particularly in the Area of Global Climate Policy, and to Financial Institutions and International Organizations” and the Centenary medal in 2003 “For Service to Australian Society through Economic Policy and Tertiary Education”.
Catherine McGrath is the director of Catherine McGrath Media and one of Australia’s most experienced international affairs analysts and political commentators. Catherine is the former Bureau Chief and Chief Political Correspondent for SBS Television.