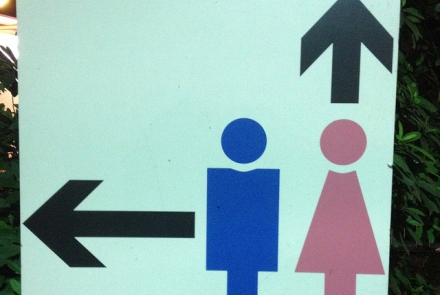 The results also revealed that women make up less than one quarter of the top 10 percent of income earners in Australia and that lifetime wages of women are less than two thirds those of men.

University education leads to higher earnings for women, although not as much as men. Women who do Certificate I-IV training are no better off than if they left school at Year 12, in sharp contrast to men.

The low lifetime earnings of women means that many never pay off their higher education HECS debts, because they do not reach the income threshold required to repay

The research, published in a book titled - Tax, Social Policy and Gender: Rethinking Equality and Efficiency – points to issues with current child care and retirement income policy as some of the reasons women continue to face financial inequality.

Professor Miranda Stewart, Director of the Tax and Transfer Policy Institute at Crawford School and editor of the book, said women were still bearing the brunt of work in caring for young children, which was seeing them fall behind in their careers.

“Gender equality is not being achieved and this is partly a result of the current tax-transfer system. We see it particularly in relation to care obligations,” Professor Stewart said.

“Although there has been some progress in the last decade with the introduction of broader child care and paid parental leave policy, we still have settings in place that embed gender bias in the system.

“Successive governments have abolished universal child payments that used to be a feature of Australia’s welfare system.

“If we keep pushing that care burden to be borne more by woman than men, and are also pushing them back into the workforce, at some point it becomes unsustainable.”

Professor Stewart suggest Australia looks to countries like France, who have formalised early childcare education for 3-4 year olds as a way to reduce the burden.

“Our research found that the quality of care is a priority when mothers are deciding whether to return to work,” she said.

“A more formalised early education program frees up women to return to work earlier knowing that there is quality care.

“This is an important investment in Australia’s future.”

The research also confirmed that women faced a retirement-income gap, as is well known.

“Women have more interrupted work patterns than men over the course of their career, so they can’t accumulate as much super.

“They are also paid lower wages, and super is dependent on income levels.

“The reality is that private savings are not going to deliver adequate retirement income for a majority of the population – we can’t just rely on super.”

Tax, Social Policy and Gender: Rethinking Equality and Efficiency will be launched on Thursday by Director Trish Bergin of the Office for Women, at an event hosted by ANU Press. https://taxpolicy.crawford.anu.edu.au/news-events/events/11478/pursuit-g...